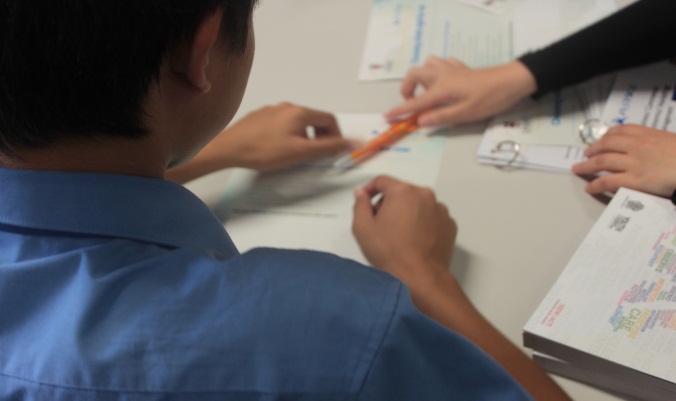 The Embedding Literacy in the Key Learning Areas Project is innovative and multi-faceted. While the research questions relate to building teachers' language knowledge in order to impact on students' learning, the project is also gathering information about implementing change within the school.
In the initial professional development in Term 4, 2011, the research team was able to make concrete for the staff the connection between teacher explicit knowledge of language, as demonstrated in the 3x3 framework (now developed to a 4x4 framework), and improved student learning outcomes through the metaphor of a semantic wave. This metaphor created a shared understanding that allowed teachers to see the importance of ‘unpacking' texts as a strategy to develop student understanding as they move ‘up the wave' and that without an explicit and systematic approach to unpacking the language of the texts students need to work with they are left ‘stranded on the beach.'


A strength of the project has been the ‘on the ground' support provided to teachers, in particular the English Department. One of the academic team works four days a week with the English faculty. Over the year there has been increasing confidence of a number of key staff, and in particular the English faculty, to use the 4X4 framework for planning and assessment. It was stated by one of the academic team during interview that the ELK project has taken discussion about literacy from the background of teacher's thinking to the forefront and that this is a natural part of the discussion of the school now. Staff have developed explicit knowledge about language and are developing linguistic knowledge relevant to their own subject area and it is evident that the students were also beginning to increase their knowledge about text. A further strength of the project has been the staff acknowledgement of the expertise of the academic team, in particular the team leader. Other strengths noted have been the ability to develop a rapport with the teachers with whom they are working and the ability to mentor key teachers in English, Science and Social Science in particular so they are being supported to take on a leadership role in implementing the pedagogical approach. Feedback to staff during staff meetings from various team members has been a valuable tool in maintain the focus of the staff on the project goal. The staff has been informed about improvements in student writing based on pre and post -test writing and results of a staff survey.


Data collection for the ELK Project has shown:

Other findings from the survey are that teachers have gained confidence from a theoretical base in functional grammar and the genre approach. There is considerable goodwill towards the ELK project from staff and one teacher commented that the ELK project has raised student awareness of analytical exposition and its importance and the standard of student writing has improved. It was also noted that the use of PowerPoint slides were an effective teaching tool to support sequencing of lessons. The ELK project will therefore continue to be a major feature of the National Partnership program.

Return to top of page

We would like to pay our respects and acknowledge the traditional custodians of the land and also pay respect to Elders both past and present.

Copyright for this website is owned by the State of New South Wales through the Department of Education. For more information go to http://www.dec.nsw.gov.au/footer/copyright.